In 1955 a British physician and epidemiologist named Richard Doll made a startling discovery through his pioneering research on the deaths of asbestos factory workers. The results of his research would trigger widespread investigation and send shockwaves through both the medical world and the construction industry. 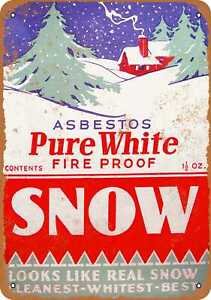 More than 170 New Zealanders will die this year because of illness related to asbestos exposure. It’s the biggest occupational killer of all. A startling fact which leads to the question, why on earth did it become so widespread in the creation of homes and buildings in the first place? To answer this we must go back in time to trace its origins. Fake snow. It may seem ludicrous to think of it today, but there was a time when the powder like appearance of asbestos was used on the film sets in Hollywood as fake snow. In the 1920’s nobody knew of the detrimental effects that breathing in asbestos could cause. People marvelled at this natural minerals ability to withstand extremes of heat of up to 3000c. And its these fireproof qualities, coupled with its ease of being spun together with cotton that saw it included in fire proof uniforms for soldiers in World War I & II. 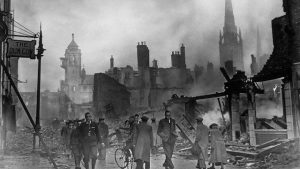 After World War II, there was a high demand to make buildings that were stronger and more resistant to fire. Take a look at any footage of the blitz in London and it’s easy to understand the sentiment. And it’s these unique properties of fire resistance and strength that saw it added to a multitude of building materials and fire resistant purposes throughout homes and buildings between the 1940’s and early 1990’s. In short, the reconstruction effort that followed the war was what originally inspired its considerable use. The thoughts of the time were that buildings wouldn’t fall down, bridges wouldn’t crumble, life would be grand and people would be safe and happy. In fact, in the 1950s your home insurance premium would go down if you had asbestos because it protected against fire. So how did we come to know about the dangers of asbestos?

The first known asbestos related death was recorded in Britain in 1909. In 1923 the family members of an asbestos mill weaver sued the mill for wrongful death. But people really began to take notice when the upper and middle classes in England began to become ill. It was the work of Richard Dull in 1955 that really drew attention to asbestos being a serious problem in his article entitled ‘Mortality from lung cancer in asbestos workers’. In it, Doll had conducted 105 autopsies from workers in an asbestos factory which drew direct correlation to lung cancer as a specific hazard for asbestos workers. You can view Doll’s original article here: https://www.ncbi.nlm.nih.gov/pmc/articles/PMC1037613/?page=1

The alarming discovery made in Doll’s publication led to further investigation and the shocking realisation that inhalation of asbestos fibres was extremely dangerous. Asbestos is closely linked to causing one of the most aggressive and malignant forms of cancer, Mesothelioma. Asbestos is a mineral fibre and its fragments are easily breathed in. Because they’re light and small , they can get right down to the bottom of the lung to the alveoli. Fibres can then react with the immune system and disrupt the DNA and cause mutations. If you were exposed to asbestos and you also smoked, you were at very high risk to get lung cancer. You don’t need very much exposure to develop mesothelioma. Unfortunately the prognosis with mesothelioma is also very poor. This is why it is absolutely crucial to get it tested should you believe asbestos exists in your property, especially if it has been disturbed. 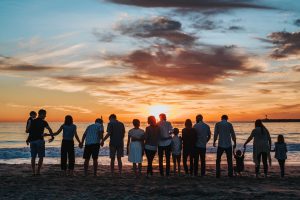 At Hazmat, we’re committed to helping prevent the serious illness that the mishandling of asbestos can cause. One simple test is all it takes to protect your loves and get peace of mind. If you think you may have an asbestos issue with your property, please call or email us to let us help you. Because we can’t undo the reasons for why asbestos was used in buildings, but we can avoid the mistakes of containing it.