Deanna, used to hug her father as he returned home from work each day, unknowingly exposing her to asbestos on his electrician’s work clothes.

A woman exposed to asbestos by her father when he played with her after work has been denied ACC cover at the Wellington District Court.

Deanna Trevarthen’s claim of second-hand asbestos exposure had the potential to be a precedent-setter, with ACC cover currently only available to those exposed at work.

Labour had pledged to review the eligibility of second-hand exposure victims in their election campaigning.

ACC Minister Iain Lees-Galloway said Labour had asked for advice on the policy, and was awaiting feedback, but could provide no timeframe on any changes.

Trevarthen, who died in 2016, aged 45, was one of the youngest Kiwis to die from mesothelioma, an aggressive form of cancer linked to asbestos exposure.

Deanna Trevarthen died in December 2016, little over a year after being diagnosed with mesothelioma. 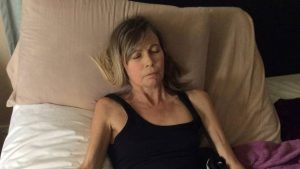 An Official Information Act request showed that between 2013 and 2016 roughly 10 per cent of work-related mesothelioma cases were rejected by ACC – offering some indication of the number of sufferers who do not fill the exposed-at-work criteria.

Lawyer Beatrix Woodhouse pursued the claim as an accident relating to the inhalation of a foreign object, rather than the established route of a work-related accident.
“This case does set a precedent, an unfortunate one – unless we succeed at appeal,” she said.

Sister-in-law Angela Calver said Trevarthen was exposed when she embraced her father after work, and when helping clean up piles of particle board and playing with them while her dad was at work.

The court’s rejection of the accidental inhalation claim was nonsensical, Calver said, because it suggested she had exposed herself to asbestos on purpose.

Taken from Stuff May 3rd